Special Investigator Gary Revel reflects on the polka dots and the RFK assassination as he pursues making a movie to expose the deadly killers behind the killing. 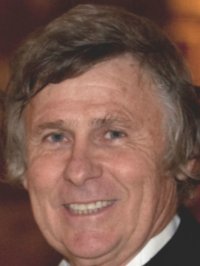 Gary Revel
(Temple, Texas) — The year was 1977 and by the time three people (an associate, a brother and the husband of a cousin-with whom I had at least some discussion of my work investigating the Martin Luther King Jr. assassination were murdered) I was starting to make connections beyond MLK. Links began to surface that led to the assassination of President John F. Kennedy and the Civil Rights Leader.
It was after the attacks on me and my family became too great to bear that I decided to end my investigation. This was in the early part of 1978 and I was living in Nashville, Tennessee where I had based my investigation of the assassination of Martin Luther King Jr.
A few months after making this decision I was sitting in the law office of my business associate, James Earl Ray attorney Jack Kershaw. I got a phone call from someone who said he was a friend of a woman who knew something about the assassination of Robert F. Kennedy and thought it had something to do with his brother‘s assassination as well (JFK). I told the caller that I was no longer investigating the King killing and wasn’t interested in pursuing neither Robert’s assassination nor JFK’s.
The caller was not relieved by this and continued to explain that his friend had seen a lady in a polka dot dress run from the Ambassador Hotel with a male friend saying that they had killed Kennedy.
I really didn’t want to hear this. My faith in any kind of real justice in the United States had been completely destroyed by my experiences of the past year. However, just as I had been compelled to delve into the underbelly of the MLK and JFK assassinations, I again felt the grip of hunger for justice.
I continued to listen and asked a few questions and once off the phone began to make some calls myself.
I learned that there had been several people who had seen a lady in a polka dot dress in and around the Ambassador Hotel that night. More than one had seen her in the company of Sirhan Sirhan.
One turned out to be the woman my caller had told me about, Sandra Serrano. She had been sitting on the steps that led down from the Ambassador Hotel Ballroom where RFK had just made his victory speech when the polka dot dress lady ran past her claiming, ‘We shot Kennedy’.
Another was a policeman, Sergeant Paul Sharaga, who saw the polka dot dress lady shortly after in the parking lot saying the same thing.
A third was Vincent DiPierro. He was working as a waiter in the hotel and saw the polka dot dress lady with Sirhan. She and Sirhan seemed quite cozy and was the recipient of a whisper from Sirhan. According to Vincent, soon after, Sirhan saw Robert Kennedy coming into the hallway and quickly moved forward taking a pistol out and began shooting.
I learned that more shots were fired than would have been possible if they had all come from Sirhan’s pistol. Then I learned of the destruction of evidence by the LAPD and other details that were very disturbing.
This kind of knowledge has come to me steadily, layer after layer, building a firm foundation and structure of truth about the assassination of RFK that isn’t found in the official court records that have kept Sirhan Sirhan in prison for 44 years.
It is because of this and other factors that I must go forward and make every effort to make a movie that will provide a perspective of truth, as I see it, beyond what is found in the official history of the killing of Presidential Candidate Robert F. Kennedy.
So I have entered into an agreement with Frank Burmaster to co-write a screenplay about the assassination. We have accepted offers from JFK Assassination Expert, Al Navis and former CIA Case Officer, Leutrell (Mike) Osborne Sr. (author of Black Man in the CIA) to consult on research for the screenplay.
This is not an undertaking taken lightly I assure you. The pain and suffering that these matters have caused me over the years is more than enough for a lifetime, still I am compelled to continue. 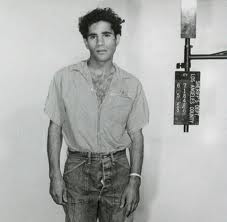 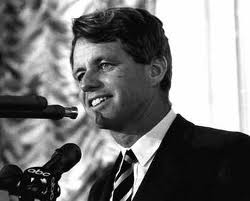