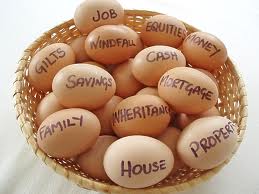 JILL B, A JUST TURNED 64- year-old, pre-retiree, admits she is “a little afraid” of what’s to come when the topic of financial security rears its head in friendly conversations.
“I probably would be more afraid if I actually KNEW what’s coming,” she nervously laughs.
Jill and her friends always thought The American Dream was supposed to include a comfortable and financially secure retirement.
“But many of us lost some or even a great deal of our retirement savings several years ago when the stock market crashed, and economic recovery never really came.”
Some of Jill’s friends, waiting to recover financially, were forced into retirement due to age discrimination by younger supervisors or for real medical reasons.
“Some of them are not as secure as we all had hoped to be,” Jill says, adding she feels “lucky that I have kept my job, so far.”
Jill is not alone in her fear.
ONLY ABOUT HALF (52 percent) of Americans recently reported to social researchers they are “very or somewhat confident” they will have enough money to live comfortably after quitting work, in an annual survey of American attitudes toward retirement and retirement security.
This finding comes from the longest running, annual fact-finding look at American attitudes, conducted every January by the Employee Benefit Research Institute (EBRI), an organization founded in 1978 with a mission to provide “credible, reliable, and objective research, data, and analysis” on employment.
EBRI gets its money through membership dues, grants, and contributions and its financial base includes a cross section of pension funds; businesses; associations; labor unions; health care providers; insurers; banks; mutual funds; government organizations; and service firms, including actuarial firms, employee benefit consulting firms, law firms, accounting firms, and investment management firms, according to its online contact information.
Even with the continuing economic rebound taking place this past year, ERBI’s survey findings ended up about the same as last year – with about half its respondents NOT feeling confident about retiring.
Joe L., also 64 (but no longer employed), is somewhat confident he will have a financially secure retirement. “I’m moving to another country, where I can live on less money,” he says.
Trend toward financial insecurity
WHILE THE CHANGES were not statistically significant in this year’s survey, the trend was definitely in the direction of greater financial insecurity, reports Merrill Goozner for The Fiscal Times.
Surveyors found “less false optimism in 2011 and 2012 than they had been in prior years,” adds Mathew Greenwald (whose polling firm conducted the survey for EBRI), noting that increased awareness among those who are “not on track” to reach their retirement goals, and their confidence, went down.
Nothing new was discovered in how retirement security is viewed, and in fact, the 22 years that EBRI has conducted its poll has been “…an era marked by declining job security, disappearing defined benefit pension plans and constant questioning about the viability of government retirement programs like Social Security and Medicare,” Goozner reports.
For Jill and Joe, early retirement was a significant goal for their parents. But even this outlook has changed: some 37 percent of workers believe they must work past 65, compared to 11 percent even as early as in 1991, state EBRI findings.
In the past year, at least half who responded in related polls, not conducted for EBRI, see saving for retirement as critical – “the number one financial issue for nearly half of Americans,” according to Goozner.
Yet the EBRI findings report something different–that 42 percent polled gave the uncertain job market as their number one issue.
Americans not so concerned about retirement — for now
“Retirement is not America’s primary concern right now,” said Jack VanDerhei of EBRI, in a recent news release. “Their concern is job security.”
Both Joe and Jill also believe that Social Security and Medicare will provide less than what they planned for.
But again, EBRI findings do not match their skepticism.
Even with various politicians speaking out to curb Social Security and Medicare, EBRI polled workers showed more confidence this year than last, stating belief that current level of benefits would be there when they retire.
Some 59 percent asked about entitlement programs responded confidentially that Social Security would provide them with benefits at least equal to benefits received by retirees today, a significant jump of 10 percent points from a year ago.
While most of Joe and Jill’s attitudes and experiences appear to resemble those of workers polled by EBRI, there appears to be one more difference, and that is in the possibility of seeking help through technology.
Both Joe and Jill say they are comfortable in looking online for help with retirement planning, and in using technologies such as smart phones and tablets.
But EBRI’s January 2012 survey found few participating workers and retirees comfortable using such online technologies, including seeking out help from financial professionals online.
Hence, Joe and Jill’s advice: Take some technology classes ASAP.
“Even better, ask sons, daughters and grandchildren for help,” Joe adds.
“They are usually more tech knowledgeable than some experts, and cost a lot less per hour!”
* * * * *
To arrange for Susan Klopfer to speak to your organization on retirement topics, contact her at http://susanklopfer.com
*****
SUSAN KLOPFER,, author and speaker, writes on civil rights and diversity. Her newest books, Who Killed Emmett Till?” “Where Rebels Roost: Mississippi Civil Rights Revisited” and “The Emmett Till Book” are now in print and are carried in most online bookstores including Amazon, Barnes & Noble and in eBook versions on iBooks and Smashwords. “Where Rebels Roost” focuses on the Mississippi Delta, with stories about Emmett Till, Fannie Lou Hamer, Aaron Henry, Amzie Moore and many other civil rights foot soldiers. These books emphasize unsolved murders of Delta blacks from mid 1950s on. She is also the author of eBook, Cash In On Diversity. Klopfer is an award-winning journalist and former acquisitions and development editor for Prentice-Hall. Her computer book, “Abort, Retry, Fail!” was an alternate selection by the Book of-the-Month Club.