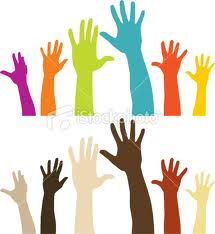 Welcome back to Diversity Briefings. I hope you are enjoying these diversity stories and links. Please feel free to resend this Diversity newsletter on to friends and colleagues. If you would like to subscribe to receive daily updates, the form for Diversity Briefings is below. Also, if you have some extra time, take a look at the newdiversity and multicultural  glossary, upper left on this blog site. Take Care and Good Reading!

Jordan Flaherty reports in today’s Huffington Post, the battle is hearing up in the Orleans Parish. With 3,500 beds in a city of about 350,000 residents, the Parish Prison (OPP) is already the largest per capita county jail of any major US city. The elected official with oversight over the jail has submitted plans for an even larger complex. But a broad coalition wants what would be spent on a larger jail be diverted to alternatives to incarceration, like drug treatment programs and mental health facilities. And yet here may be a common ground, some leaders say. Read on —

DOJ reports Acting Deputy Attorney General Gary G. Grindler recently invested 23 new immigration judges during a ceremony held at the Executive Office for Immigration Review’s (EOIR) headquarters, marking a roughly 10 percent increase in the judges corps in just one day. Immigration judges conduct formal court proceedings to determine whether an individual from a foreign country should be allowed to remain in the United States. This story continues —

Employment statistics are showing that diversity practiced by law firms is taking a hit, thanks to recession — but the pain isn’t being spread to all firms evenly, says Elie Mystal. “The latest NALP figures show that minorities accounted for 12.4% of firm attorneys, down from 12.59% in 2009. Women represented 32.69% of firm attorneys, down from 32.97% in 2009.” More figures and analyses —

Real Diversity Means We’re Not All the Same? Yes or No?

Some 45 years after Lyndon Johnson signed the Civil Rights Act into law, race relations in the U.S. remain difficult at best. “We have the right to drink from the same fountains, ride on the same buses, live in the same neighborhoods, attend the same schools, hold the same jobs and pursue the same dreams, but much still is not right,” notes James Badham in a piece he writes for Miller McCune magazine. Continued  —

From the New Civil Rights Movement Blog: Fourteen-year old Pennsylvania high school freshman Brandon Bitner wrote a suicide note, left home around 2:00 AM Friday morning, walked thirteen miles, then, threw himself into highway traffic, killing himself. A friend says, “It was because of bullying. It was not about race, or gender, but they bullied him for his sexual preferences and the way he dressed. Which they wrongly accused him of.” Here is more —

Male, Female, Or? Issue a Sticky Wicket on Some Campuses

Spice, Chai, Lights and Rhythms at ‘Parramasala’ in SydneyFrom Cultural Diversity News: The Indian community in Sydney is proud to have taken the Australia-India cultural relationship to a new level with Parramasala being the first ever South-Asian Cultural Festival in Sydney. Continued–

Receive a free inspirational quote every day from me. Just visit

for information. Lots of my friends are enjoying this free gift.

Britain’s first Buddhist College is to open at Glasgow University.

The Buddhist College UK will be modelled on the Buddhist and Pali University of Sri Lanka, the Venerable Rewatha’s home country. The Venerable Rewatha, also Buddhist Chaplain to Glasgow University. said: “The course will provide an academic approach to Buddhism and open up inter-faith dialogue in Scotland. Setting up the college is a great achievement and I am delighted to be part of it.” Read More —

Diversity Management Tip of the Day

It sounded so good back in graduate school when Karen took a class in diversity management. The professor had kept everyone’s attention as he lectured on this new business practice. Now her boss of two years, at the regional bank, is suggesting Karen may be asked to oversee a transition team to move the bank from affirmative action and valuing differences to a focus on managing diversity.

He tells her that bank board members, the CEO and several key executives are seriously concerned about this project, after two key new-hires recently left their positions. It was expensive to recruit them and there had been high hopes these two college superstars would easily move through the bank’s executive training program. “So, do you know why Miss Morales and Mr. Diego left?” Karen asks.

“Well, I did hear they were speaking Spanish together at lunch and someone came up and complained that they didn’t care about their co-workers if they didn’t speak English at work,” her boss says.

“Oh, brother,” Karen says, shaking her head. “Why didn’t that person ask for Spanish lessons − and take advantage of their ability to speak several languages?

Feel Free to pass this Diversity Briefings Newsletter on to your co-workers and others. Thank you for visiting the Diversity Briefings website. Please note that the information located on our site is general and not intended to provide specific legal advice. You should consult with an attorney and not rely on any information contained herein regarding your specific situation.