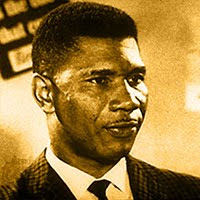 Do questions remain about who was involved in the death of Medgar Evers? Was Byron de la Beckwith his true assassin? His only assassin? The only prosecutable person? After listening to stories still traveling through the Mississippi Delta, Evers would be a good name to add to the Cold Case list.

President Barack Obama is expected to sign later this week legislation that would include funding to pursue and prosecute those responsible for killings during the civil rights era.

“There are perpetrators out there,” Alvin Sykes of Kansas City, told Jerry Mitchell of the Jackson, Miss. Clarion-Ledger. Sykes is the architect of the bill.

Edgar Ray Killen is the only person ever prosecuted for murder that drew worldwide attention.Killen, is appealing his 60 year prison sentence.

Congress first considered what is known as the Emmett Till Unsolved Civil Rights Crime Act in 2005. It took three years before Congress passed the unfunded legislation, Mitchell reports.

Rather than waiting for the legislation to pass, the Justice Department in 2006 began its own Cold Case Initiative to look into 108 killings from the civil rights era.

Identified suspects in nearly half the killings have died. “And they found that 20 of those killings were not racially motivated homicides.”

The FBI recently asked for the public’s help in solving 33 slayings.

I have often felt the cold case list of victims was poorly constructed in the first place. Too little research appears to have been done in indentifying potential victims.

For instance, I recently helped a law student find information on Saleam Triggs of Hattiesburg.

Her body was found “mysteriously burned to death” on January 23, 1965 in Hattiesburg, Miss. After tracking down an initial news report and a follow-up story, on my own, it was unclear why this name was ever put on the list in the first place.

Why couldn’t any official provide this law student with the limited information I found in the first place?

This led me to wonder why names like Adlena Hamlett, Birdia Keglar, James Keglar who were all clearly victims of foul play, are not on the cold case list. Much attention deserves to be given to these two women who were clearly civil rights heroes and to Mrs. Keglar’s son who tried to get help from the FBI when his mother was killed.

Before too much activity occurs, wrapping up limited investigations on what appears to be a poorly constructed list and then going home, I would like to see the list restructured.

The list as it stands appears inadequate and poorly constructed in the first place.

What do you think?