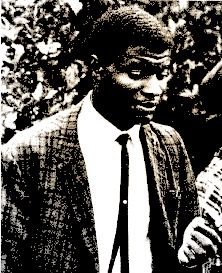 Eleven long years have come and gone since the murder of black criminal lawyer Cleve McDowell, who was shot to death in his Mississippi Delta home.

On the morning of March 13, 1997, the naked, lifeless body of Cleve McDowell, 56, was discovered by his youngest sister propped up against a bathroom wall.

Throughout his home, dozens of powerful handguns and rifles — “always one within his reach” — had been strategically placed by McDowell for self-protection. So why didn’t he use one to save his life?

On this quiet anniversary, questions still surround the death of this important but forgotten civil rights leader:

Why do county officials still maintain a gag order on all investigation records of this murder? And what happened to all of McDowell’s investigative files?

For over forty years, McDowell studied hate crimes and murders taking place during the modern civil rights movement. Where is all of the information he collected about the murders of Emmet Till, Medgar Evers and countless others?

McDowell served as a public defender in Sunflower County for three decades and was part of a group of black leaders organizing to pressure district attorneys and revive interest in many never-prosecuted cases in which blacks were killed for doing civil rights work.

IN 1956, TWO YEARS AFTER Brown v. Topeka Board of Education and one year following the Delta murder of young Emmett Till, Mississippi legislators had installed a quiet and effective spy agency over their concerns of “forced integration” and related race issues. The Mississippi Sovereignty Commission did not close its doors until 1977.

Only in 1998, after twenty-one years of legal wrangling, United States District Court Judge William H. Barbour, Jr. ordered all Commission records not involved in litigation to be opened to the public.

McDowell was killed exactly one year to the day before this first court-ordered release of secret records — records that had been gathered on private citizens by former FBI, CIA and military intelligence agents performing their clandestine work during some of Mississippi’s most tumultuous years of civil rights strife.

When these secret records were first handed over to the public, many of the Sovereignty Commission’s files were considered missing by investigative journalists and other longtime civil rights observers.

Hence, McDowell’s extensive private collection of his own criminal and civil rights investigations — papers stored in high stacks of cardboard boxes and in his office safe — could have filled in some of the gaps, had his files been available.

But McDowell’s investigation records officially disappeared six months following his murder when fire engulfed his Drew, Miss. law office where all of his papers were stored. Family members later told reporters McDowell’s records were stored there because they wanted to turn the office into a civil rights museum.

McDowell’s records could have easily filled such a museum, say friends and colleagues who saw the mounds of boxes grow higher each successive year until McDowell’s life was ended by gunshot wounds.

AS THE CIVIL Rights Movement years waned, McDowell never quit looking into numerous Mississippi’s race-based murders and other hate crimes. His interest in Till’s murder remained strong; coincidentally, he and Till were born two weeks apart in the summer of 1941 and young Till’s murder influenced McDowell to study law and then investigate Till’s and other hate crimes against blacks.

Till was kidnapped from a nearby Tallahatchie County relative’s home in the small cotton town of Money back in 1955 and taken to a Sunflower County plantation outside of Drew where he was beaten, tortured and slain. Till’s body was taken to a neighboring county and thrown into the Tallahatchie River from a bridge.

Ironically, McDowell would be killed in his Drew home forty-two years later, only a few miles from Till’s murder site.

Stacked boxes of papers and files on these murder cases grew high in McDowell’s office while other papers were stored in his locked office safe as well as at home, his former office manager said.

“Cleve never let me go through any of those papers. So I don’t know exactly what he had. But Cleve often spoke to Emmett’s mother and promised he would find out what happened to her son and who was involved in his murder,” Nettie Davis said.

“I know Cleve talked to her on the phone just a month before he was killed.” Davis was McDowell’s office manager and had known him since high school days in Drew.

While he was busy writing down notes, McDowell “looked away and quietly said that people in this state would be surprised if they knew about all the politicians and their families who have murdered people.”

“He didn’t say anything else, but he looked upset,” Kwasi McDowell recalled. “Cleve may have been working with two lawyers in Texas at one time to track down civil rights murderers…. I think both of those lawyers died in car wrecks, but I don’t recall any specifics,” McDowell’s nephew said.

ONE OF CLEVE MCDOWELL’S CLIENTS was quickly arrested and charged with capital murder — those charges were reduced to manslaughter in return for Juarez Webb’s confession.

Webb later retracted his admission but was convicted of the lesser charges and remains locked up in a state maximum security prison.

Autopsy records indicate there may have been more than one shooter. The bullets from McDowell’s body were not collected by the medical examiner.