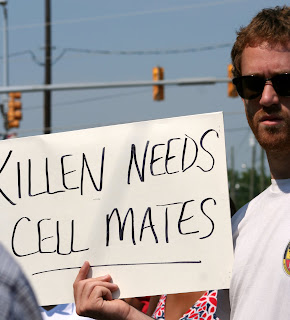 Anyone who has ever uttered an apology knows the power of these three words: “I am sorry.”

Apologies are the precursors to forgiveness, to healing. They’re necessary to put bitterness behind us and let us move on with our lives. This came to mind when I heard the news that more evidence had been uncovered in three of the most infamous unsolved civil rights murders.

In 1964, civil rights workers James Chaney, Andrew Goodman and Michael Schwerner were working to register black voters in Mississippi when they were abducted by Klan members near the town of Philadelphia. All three were shot to death, then buried to hide the crimes. Chaney, the only black man in the group, was also severely beaten.

Now, a December series of newspaper articles in The Clarion-Ledger of Jackson, Miss., has uncovered witnesses and evidence that could lead to new charges. Previously sealed FBI documents show that one vote kept a man from facing charges two years ago when a grand jury re-examined the case. One vote of innocence came from the man’s relative — clearly a violation of justice.

The last time new evidence in this case was uncovered, a then 80-year-old former Klansman was convicted. Stooped, on oxygen and confined to a wheelchair during much of the 2005 proceedings, Edgar Ray Killen was sentenced to 60 years for manslaughter.