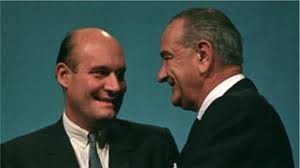 (Reuters) – Nicholas Katzenbach, a civil rights champion whose role in both the Kennedy and Johnson administrations helped shape domestic and foreign policy in the 1960s, has died at the age of 90.

I met Mr. Katzenbach at the funeral of James and Ben Chaney’s mother in Meridian, Miss. He was kind and interesting to talk to. Will write more about him tomorrow.


Meanwhile, here is a link to this breaking story —