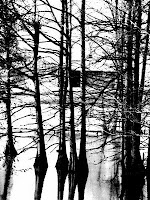 This Saturday is the 55th anniversary of the murder of 14 year-old Emmett Till, an incident that galvanized the modern civil rights movement. (Left, the shed where Till was murdered on Aug. 28, 1955 outside of Drew, Mississippi. Photo by Susan Klopfer.)

In observance, the Emmett Till Foundation today kicks off a weekend of observances commemorating the 55th anniversary of his murder with its “A Time of Reflection and Remembrance” gala. On Saturday, the foundation will launch the “Never Again” campaign against social injustice, which continues the positive activist message of Till’s late mother, Mamie Till Mobley.

The campaign includes the pledge:

I pledge to never again allow the ugly parts of our past history to become the present.
I will forever stand up against racism, hatred, injustice and crimes against our youth.
I will always stand up for peace, justice and equality for all.

The campaign’s launch is on the actual anniversary of Till’s lynching, which shares the same historic date of Martin Luther King’s “I Have a Dream” speech and Barack Obama’s acceptance of the Democratic nomination for president.

For decades, Emmett Till’s story has been defined by justice denied and justice delayed. But there is now an effort to mark a new and more hopeful chapter in the story of the Chicago teen whose savage killing galvanized the civil rights movement.

“We want to make sure people understand what hate looks like, and Emmett’s story includes all of that. But where do we go from there? We want to flip the script on injustice and move forward,” said Deborah Watts, co-founder and president of the Emmett Till Legacy Foundation.

Read more from the Chicago Tribune at http://www.chicagotribune.com/news/local/chicago/ct-x-c-emmett-till-foundation-campaig20100827,0,1316443.story

Meanwhile, a second group, the Emmett Till Memorial Commission has requested permission to place one marker in front of the location of the former grocery store called Bryant’s where Till allegedly whistled at a white woman, and another marker at the East Money Church of God.

And an unnamed businessman from Texas is seeking to restore the grocery story in Money, Mississippi when young Till whistled at a white woman, a gesture that sparked the modern civil rights movement.

Do you know the story of Emmett Till? I am always surprised at how many people don’t know this story or recognize its historical significance. Recently, I met an anthropologist from a well-known Midwestern university who had never heard of Till. After telling her the story, she was deeply concerned that neither she or her students knew about Till. The story is still quite new and is just now becoming part of contemporary history taught in schools. But it is an important story and your children should hear it. Is your school teaching this history? Call and ask. You will be surprised.

If you don’t know this story (and the history of the modern civil rights movement), please pick up a book and start reading. Or, check out my ebook, Who Killed Emmett Till? You can download half of this book for free!!

Go to Smashwords at http://www.smashwords.com/b/8175 for a free sample.

Some say that Till’s death kicked off the civil rights movement, but this is not so. The civil rights movement began the day that people were enslaved and brought to this country. There are many historical accounts of black men and women resisting enslavement starting back then. After the Civil War, following the First World War and leading into the Second World War, there are stories of significant attempts by individuals and groups to overcome enslavement and mistreatment. Till’s 1955 murder caught the attention of Rosa Parks who then refused to sit at the back of a city bus in Montgomery, Alabama. It was Rev. Martin Luther King, Jr. who then took the reigns of the modern civil rights movement.